After his previous projects: A Honda XL600R Scrambler named ‘’Plof’’ and his Ducati 900GS travelbike it was about time to customize the other bike he owned. A BMW R80 which was born as a plastic-covered RT and transferred into a GS by a previous owner. Paul bought the BMW this way and after a while of driving it in it’s second form the itches came back and plans were made. 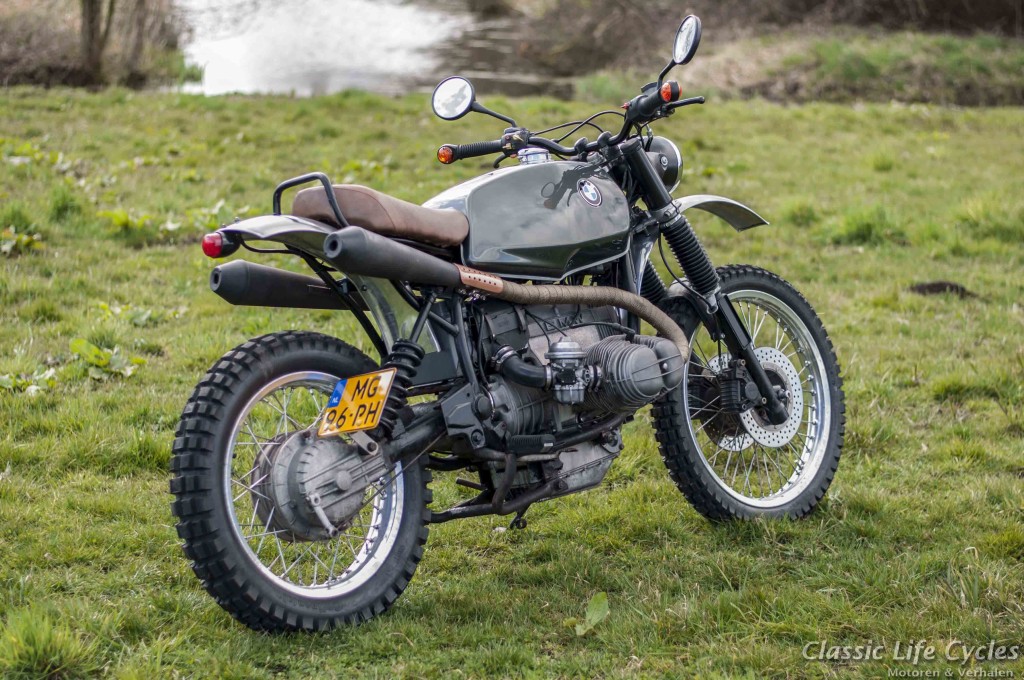 The BMW R series are on a shared first place with the Honda CB’s when it comes to most popular bikes to customize. They are all popular because of their simplicity, which is hard to find in modern day bikes. Also the massive, stubborn engines conquered a place in most of our hearts, which causes the BMW’s to be well represented in the custom bike scene nowadays. Even though these big advantages, the R series do have their limitations. The transmission for example does limit the choice of wheels drastically. Luckily, Paul’s BMW R80 already received a set of nice spoke wheels. 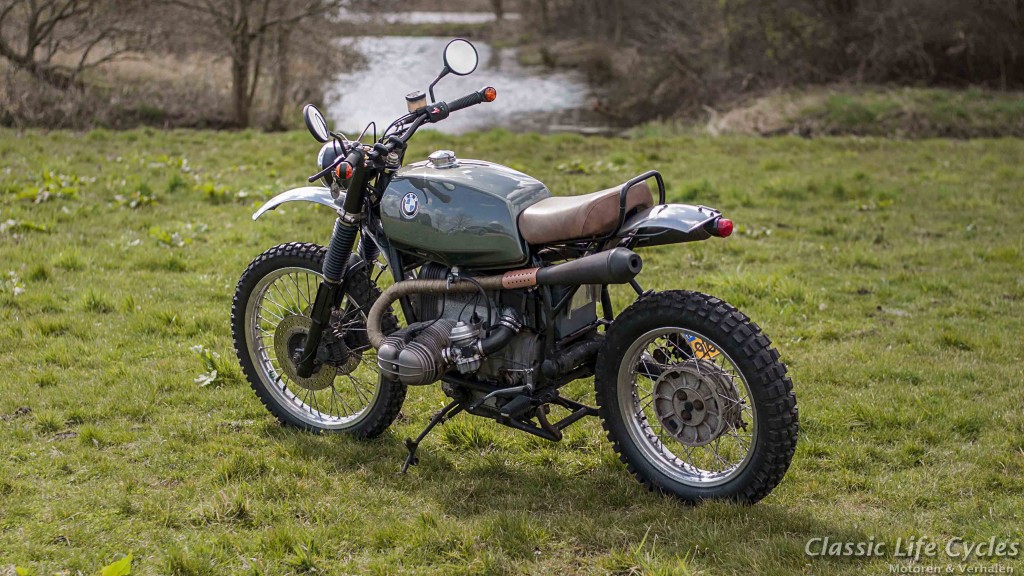 Paul wanted something else than you see done most to these pretty German bikes, even though the bikes are really fitted for a cafe look. He wanted to create a bike which had a really nice and tight line. Which is pretty hard since the R series are more asymmetrical then Mr. Bean’s face. And even though both views are definitely characteristic, change is not necessarily wrong. 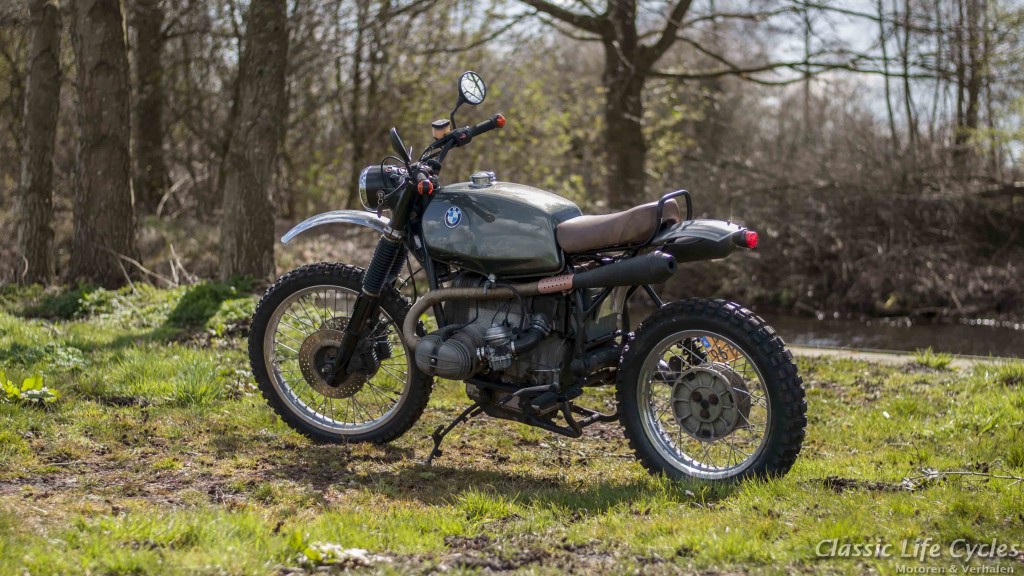 Since the bike already had a set of GS wheels the choice to build a scrambler was made fast enough and opposite to his previous projects he made some different choices this time. Not all parts had to be sandblasted, powdercoated or painted this time. The engine got a serious cleaning but the aging of the aluminum was left to be visible. The color for the tank was chosen to fit this perishableness of the materials BMW chose to build with. 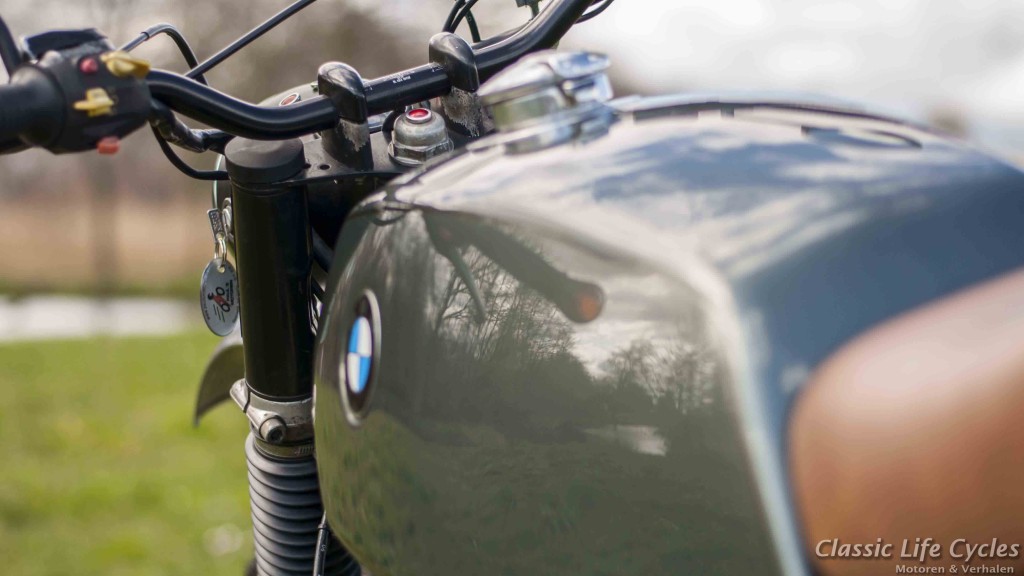 By these color choices the bike looks both natural and industrial at the same time. It is a camouflage-like color which could be described as pine green at one hand, but which is also coming close to titanium as well. The copper colored heat shields on the high 2-2 exhausts accentuate this color just like the heatwrap around the header pipes does. The wheels got cleaned really well and look like they have been polished again. The shortened home made seat fits like a glove on both the fuel tank as the brand new subframe. 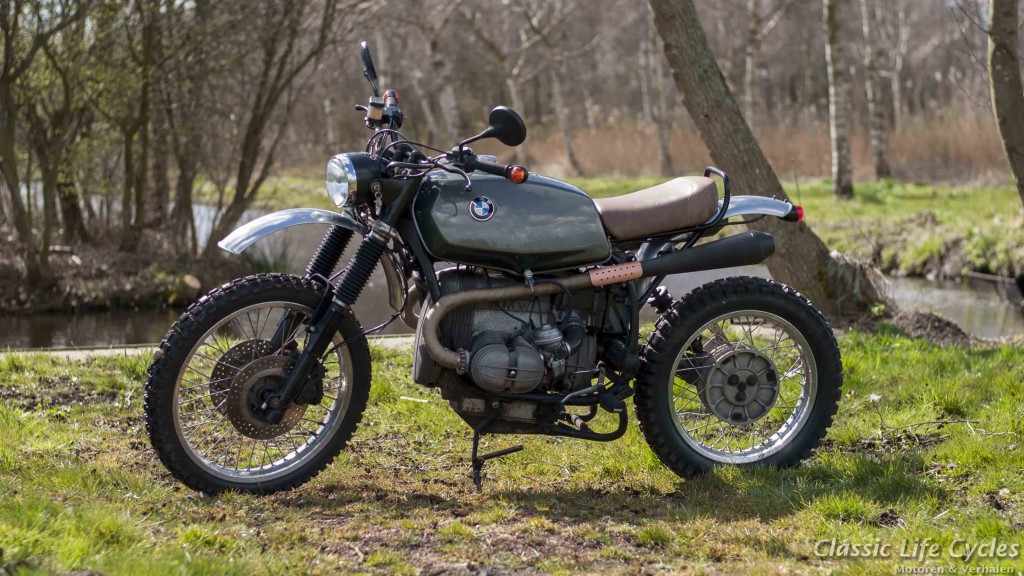 The bike is a blast to ride, accelarates like new and even though it’s rather high, the rider has a very sporty position on the bike. Paul is in doubt whether he should change handlebars to get a little less pressure on the front wheel, but we actually kind of like it this way! 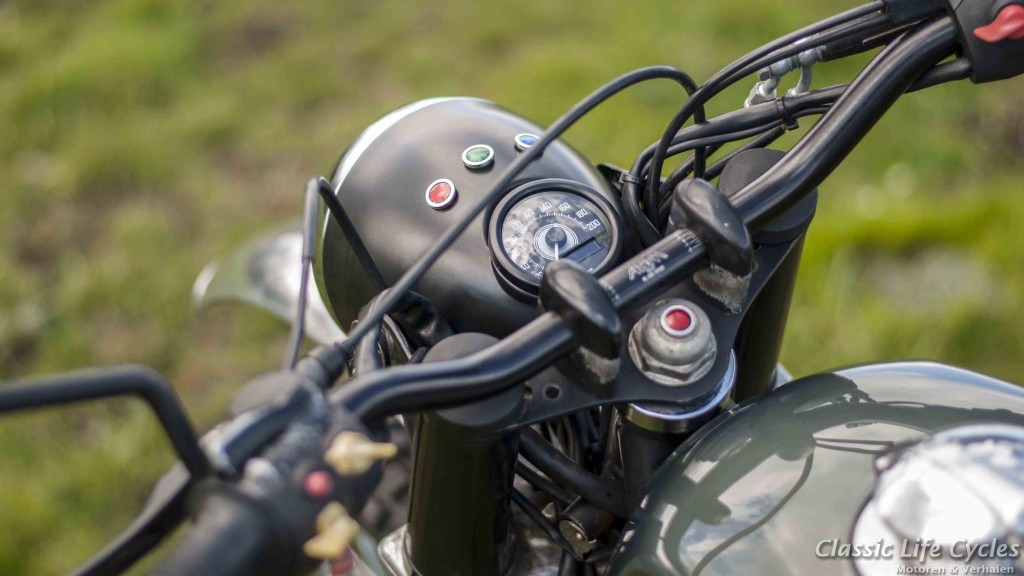 The BMW gets a lot of attention in his shop and shows again he knows his bikes. We are looking forward to next winter, when he will build his next bike! Until then we just have to gaze at the pictures. 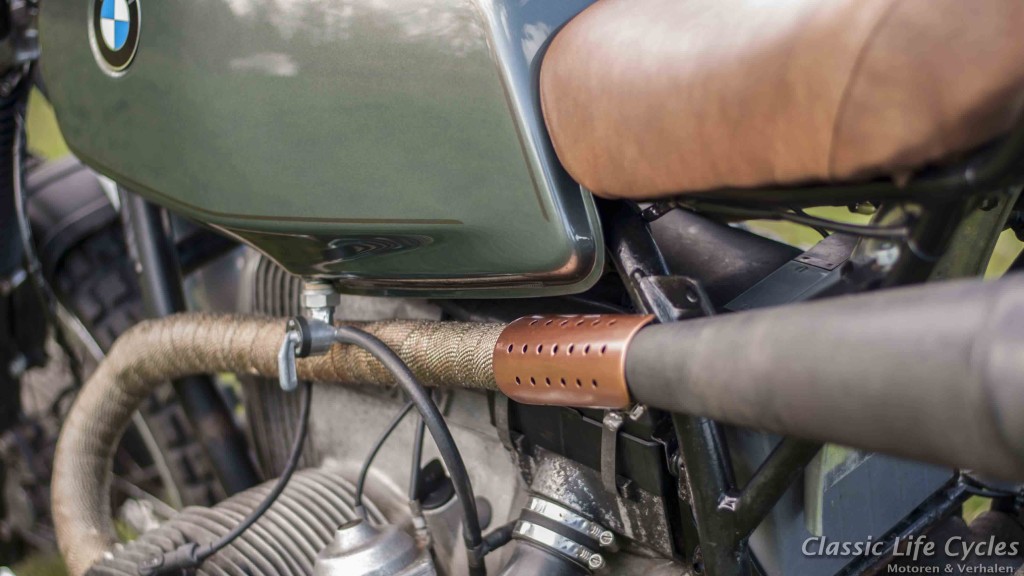 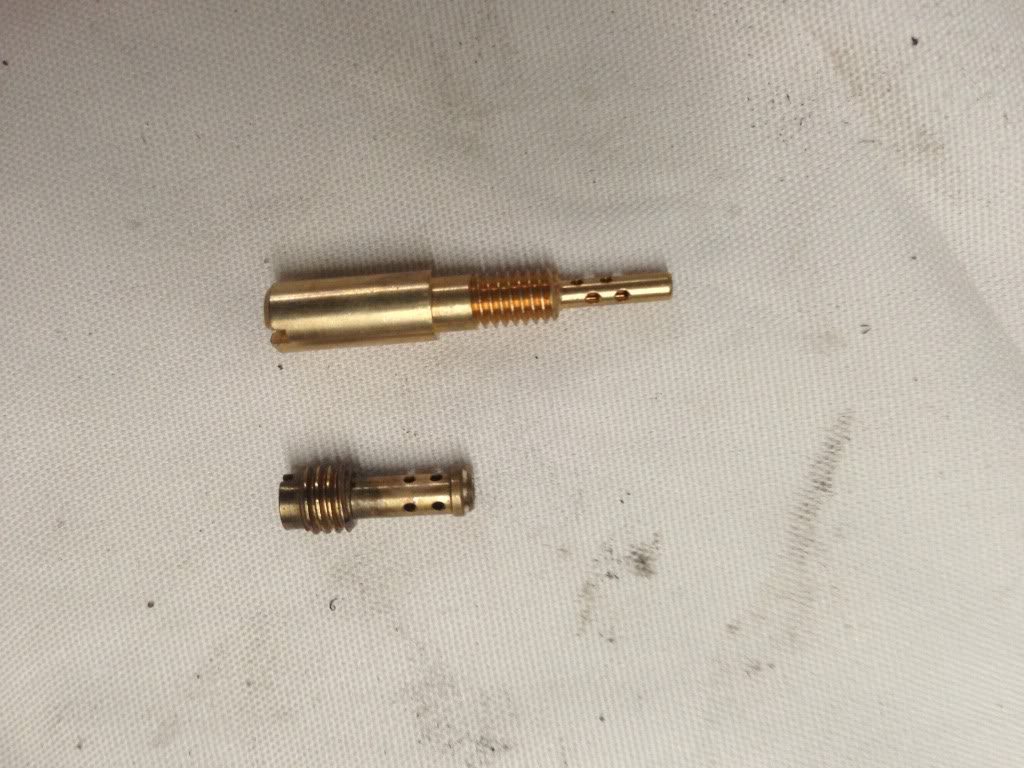 How To Rejet Carburetors on your Cafe Racer

Normally we tackle projects where people start with a decent bike. Well, this Honda CX500 Cafe Racer project started its life as a piece of .... That said, just enjoy...
Read More 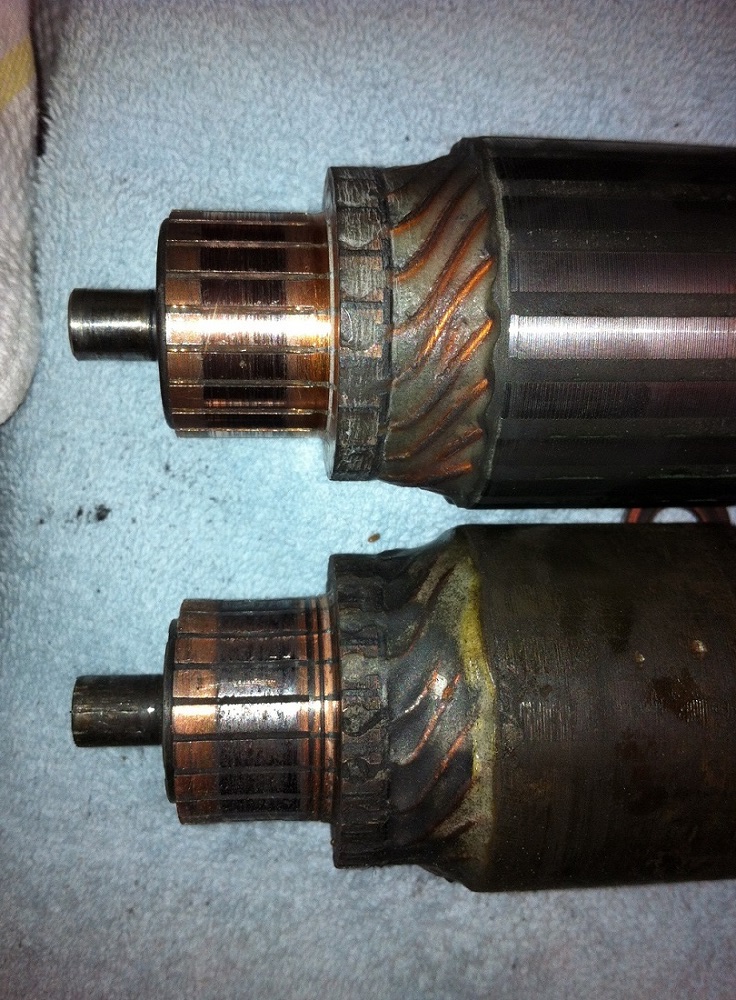 How To Rebuild a Starter Motor

How to Rebuild a Starter Motor The How To page is for people who want to get their hands dirty, or are thinking about getting them all greased up. Just...
Read More