Honda CB350 Cafe Racer by CMC (NY) – The Primitus
By motomatter
24th May 2016
I’ve always been into bikes since I was a teen. My dad and his 4 brothers all had Yamahas, Suzukis and Hondas and my uncle still rides around sub degree weather in Chicago on an old 70’s BMW. He swears the wide body ferrings keep the engine heat in but he’s half frozen when he arrives anywhere and we have to peel him off the bike. I started building bikes only recently but decided if I was going to do it, I was going to do it right.This Honda CB350 cafe racer was a passion of love, cause I sure didn’t make any money on it. I paid $1750 just for the paint. We had to cut the badge brackets off leaving two holes on each side of the tank. Looking closley, you can’t tell a thing. 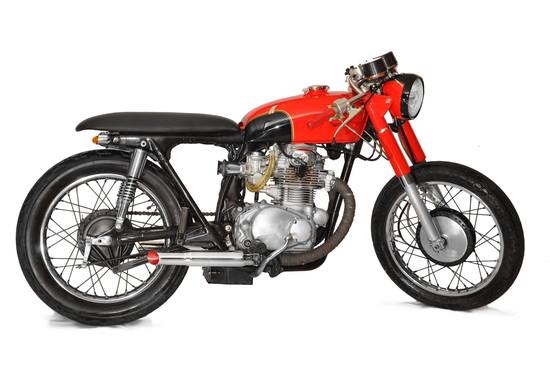 The inside of the tank was etched and coated, the engine rebuilt, carbs rebuilt, all handlebar electronics run inside of the handle bars, custom battery box was welded to the bottom of the frame and security wires installed in case of breakage while riding, custom hand built seat, hand pinstriped, new rims, tires, brakes, cables, fuel lines, all the tabs were shaved off and the frame powdercoated, custom exhaust with red powdercoated shorty baffles, new ignition system, new rectifier, upgraded regulator and stronger headlamp, new gel battery, new bullet blinkers and so much more was done to this bike to make it 100% new for our 1st customer. Under the logo on the tank you’ll see the word, “Primitus.”

We named her the Primitus because she is the first serious bike we built. By we I mean Mike Wambold in PA did the paint, John’s Cycle shop in Woodside Queens did the engine rebuild and electronics and I did all the fabrication and buttoning up in my small garage in Forest Hills, Queens NY. I am knee deep in our next build which is a 1865 BSA Thunderbolt. 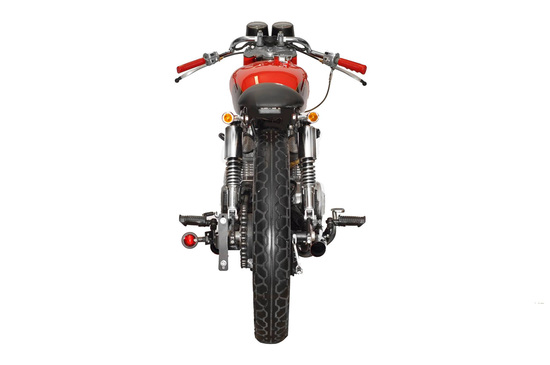 We’re keeping the fenders and putting a big fattie boombattie rim and tire on the back to give it the brat look but she’s going to have her own unique flair for sure. That’s what we love, originality. Not just rehashing old genius but bringing something new to what’s been done before. Even if it’s a small aesthetic thing that’s never been done, that’s what stands out to me. There seems to be a million guys simply “converting” bikes these days but few take the time and effort to completely give a bike a totally new and unique look.

Probably but 20 years from now when this bike looks brand new, it will mean something important about our cafe culture today and I am proud of that. Ralph-Waldo Emerson said, “The reward for having done something well is to have done it.” At least, that’s how I justified building this bike haha! As a graphic designer, painter and musician, I totally understand the need to stand out, have a flawless end product and inspire the next guy. I know our bikes do that and I’m so excited to see what we can do next.

Renoud, you can grab these pics from here: http://otomotif.org/clubman of me working on my new BSA for our next project if you like. Thanks so much for giving us a chance for exposure! We love you for that. Also, when you release this let us know so we can plug you guys eeeeeeeverywhere!!!!!!!!!!!!!! 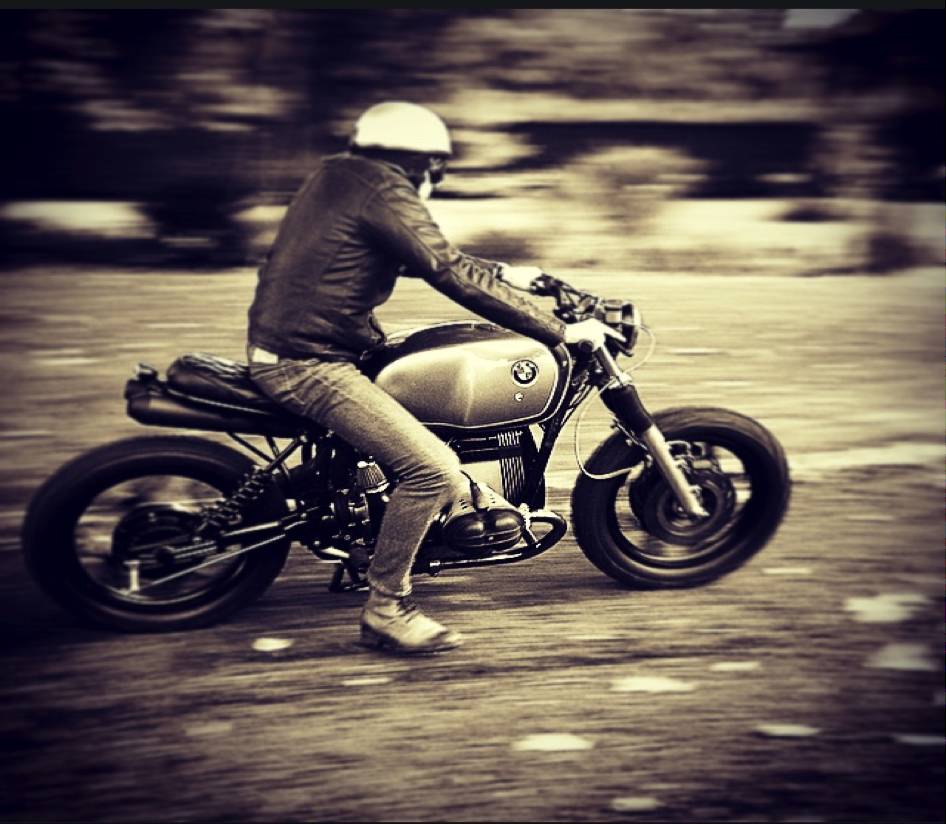 Yet another story about a BMW R80 that is pursuing the dream to become a BMW R80 Scrambler. Olivier Bolle of Vintage Moto Design (Belgium) made it happen! The synergy...
Read More 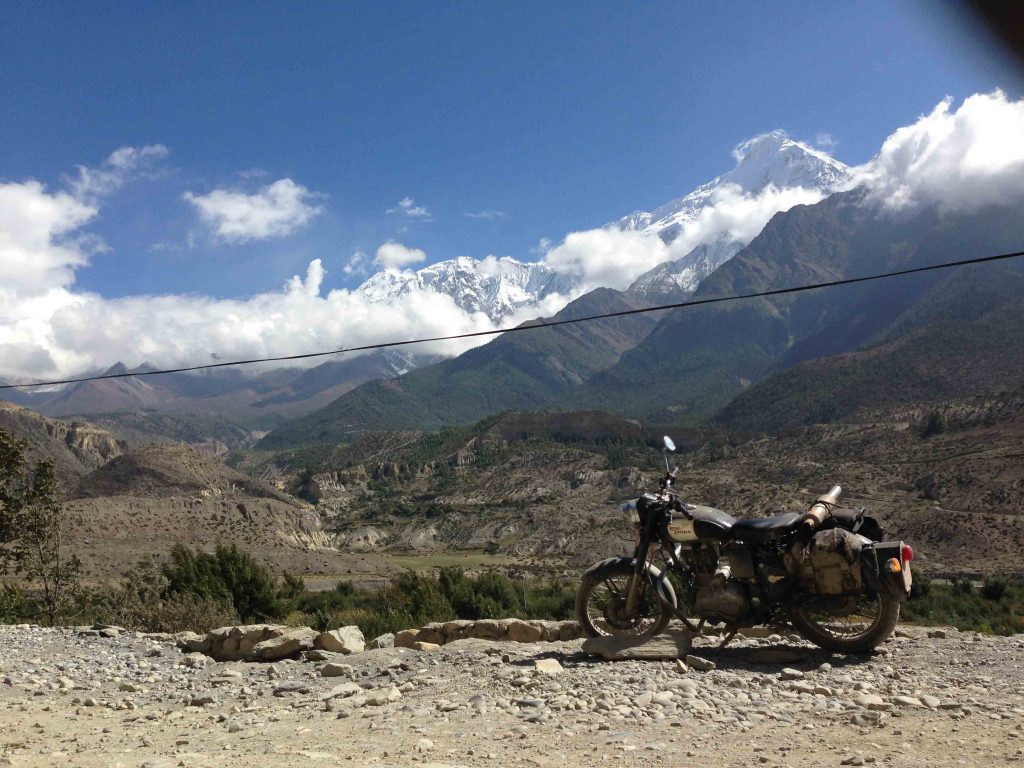 So, Nepal it was! I arrived in Kathmandu on the 26th of September and spend the first 1,5 months doing what you do when you go to Nepal. The thing...
Read More

This guy takes building to the next level. I just stop writing about this Suzuki GS450 E Café Racer right here, because these pictures and the level of detail tell...
Read More