A modern sports bike isn;t always the most popular option for building a Cafe Racer, but our friend Ezikiel didn’t agree on that and present us his Ducati 749 R Cafe Racer. A beauty we must say!

This is his story:

Bit of history I’m originally from Yigo Guam. 31 now and living in SF California. When I first got on a bike I was 8 with my dad. And I fell in love.

When I was 15 I finally got my license and finally got to ride my dad’s 1990 Yamaha FZR600. 15 years under my belt and multiple bikes IV ridden and owned. If you need more on that let me know.

My first “custom cafe” was with my 1997 Ducati 916, Lily. The Love for her came from all directions. And at the time Ducati cafes weren’t the hype like now days. Unfortunately I had laid her down and was hospitalized. Concussion broken finger broken wrist and road rash. Not too bad but was helicoptered out. Sad day that was. I got back on my feet with another Ducati. A 749R a 25k bike and one of my dream bikes. Plan was to cafe her too but I was so in love with her look and couldn’t bear to do it. So in desperate need to tinker and customize a bike I sought after a vintage Honda CB500. Took a few months to find the right one but in due time I found her. A $700 1972 CB500 found in need of some TLC. Within a few months IV got her up and running. I named her Dirty Annie, simply because of dirty attitude and because her P.O. had deemed her Annie. She was featured in CafeRacerUnited.com and the San Francisco motorcycle community loved her. She also won an award at a local moto contest and I was also offered 3k to 5k numerous times. Of course I decline, simply because I love her and cannot see anyone else riding her. 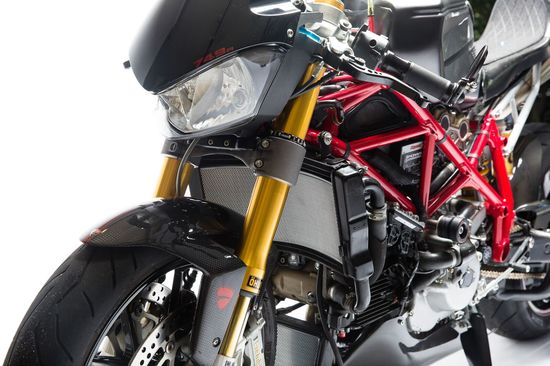 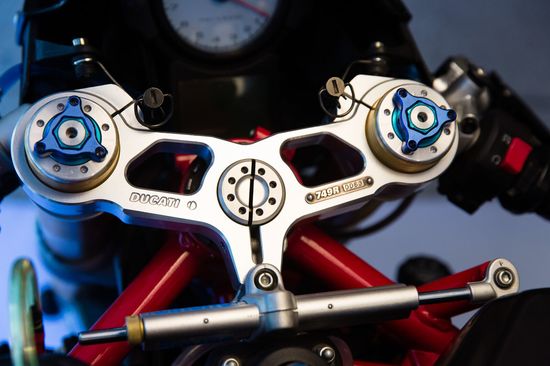 So once again IV gain a custom café, but deep inside me I was missing my old Ducati Café. Nothing bad with my Honda Café, it just I miss that power, that bark and especially that dry clutch sound. I know it’s a love or hate with dry clutches so to each their own. So back to the drawing board I went. Now I have mention earlier I could not come to ripping my 749R apart simply cause, well because she is a 749R! So I sadly posted her for sale. Few months pass and all low ballers and jackass that came to see her, I said “Fuck this”. Again I couldn’t bare to see my beloved bike to some jackass. So I did the unthinkable, I took her apart. 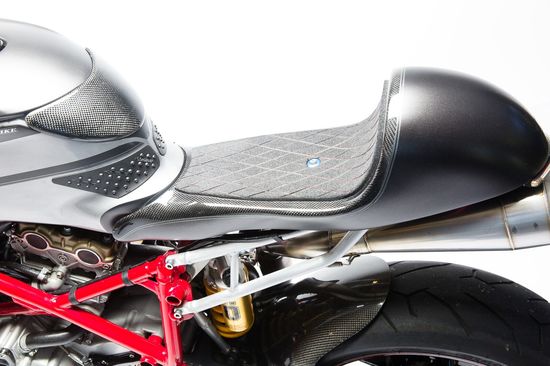 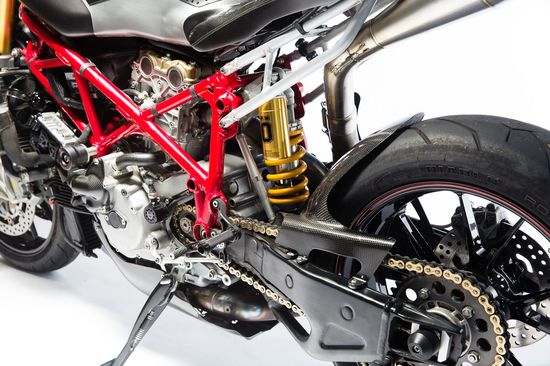 I realized that the next Ducati Café I wanted she had it all. A race tuned engine, full Ohlins suspension, Marchesini rims and also because IV only herd of one other 749R café out there. I wanted to be the next. The word Sacrilege was what a few riders called my work and honestly, it fit.

Scarlett was her name. A 2005 Ducati 749R #0063. Beautiful and vibrant red, so only suiting to name her Scarlett. Like I said before my plans were to never touch her. But a year later my need to custom got the best of me. Even after my second build, Dirty Annie, I was in the need to build again and try to make my mark as a garage builder. 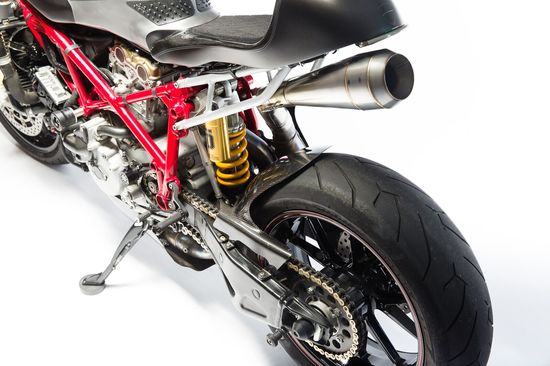 The 749R was an awesome ride. Lots of love for the machine but I knew even being number 63 out of 500 (maybe), wasn’t enough to be unique in my books. So she became the ultimate “modern” Cafe. Although she came out more as a Cafe Fighter, she is still in any case a unique bike now. If I did sell I would of got myself a Ducati 900ss, Simply because of its raw power and simple carbureted, air cooled engine and not to mention its easy electrical. Honestly I am glad that didn’t happen. The SS has now become the go to Ducati café bike to customize. 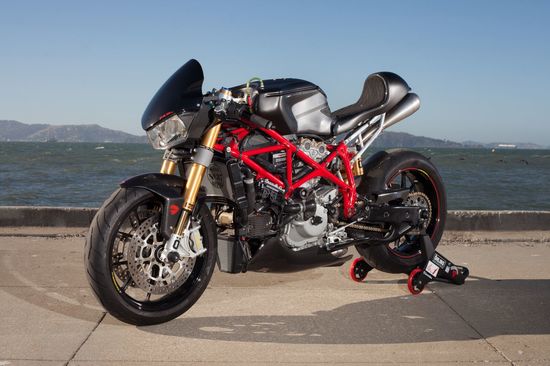 The electrical in the 749R was a nightmare to tackle. With the immobilizer and pairing of keys, dash and ecu only option was to flash it and it running me $800 plus, so that’s out of the question. Being that I’m limited on funds on this build I had to use my money wisely. Everything I took off was sold to fund my build. I did the same thing with the last two builds. 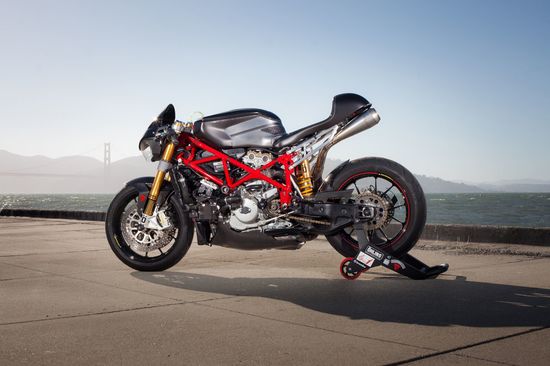 My vision on most builds/bikes is to expose its beauty, the machine, and its raw look. For the 749R it was a challenge. Again with its electrical system it was hard for me to figure out, not imposable but hard and costly. For its body, well I just sold it all except for its beautiful large capacity tank. A custom Carbon Fiber tail was made as also an aluminum subframe and a exhaust setup. 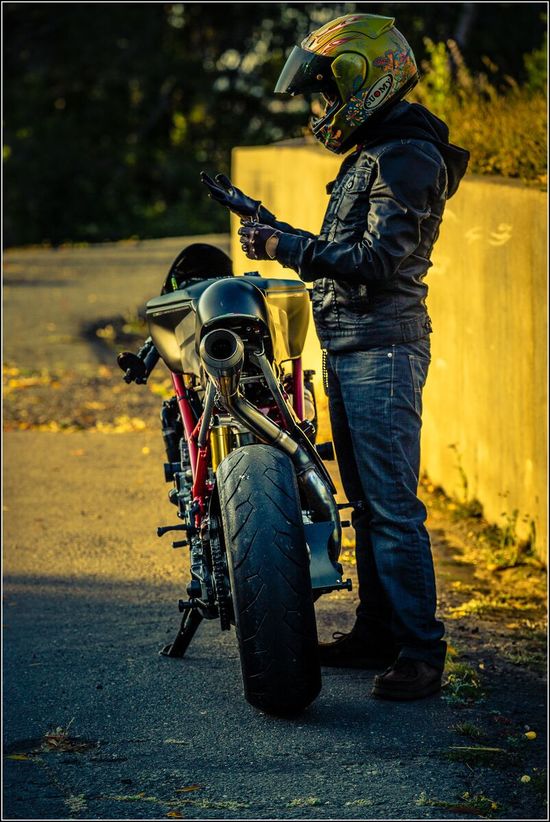 The Performance was all there like I mentioned before so no time and or money wasted there. But with its new exhaust setup she screams more beast then before.

Sacrilege, that word that follows my creations, Scarlett is extremely accurate. A perfectly beautiful, hard to find, collectors bike ripped apart. But I’m in love and beauty is in the eye of the beholder.

The Scarlet Letter was meant to be a symbol of shame, but instead its become a powerful symbol of identity. 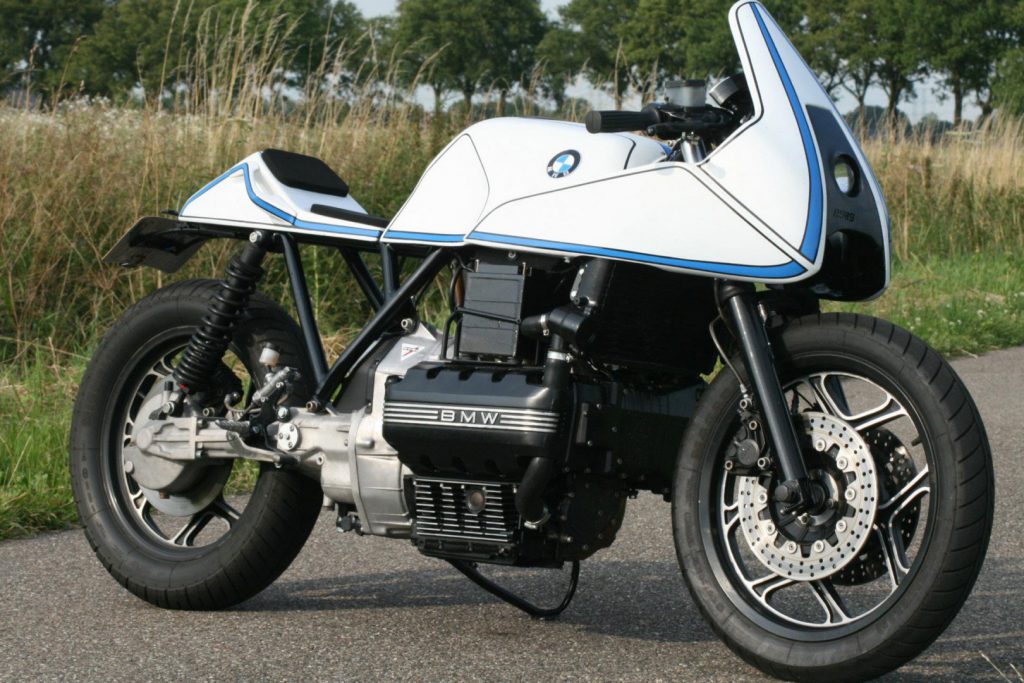 It all started with a too normal BMW K100RS. Not your average bike to start with I guess, but Roel from the Netherlands, had a vision for it. He started...
Read More 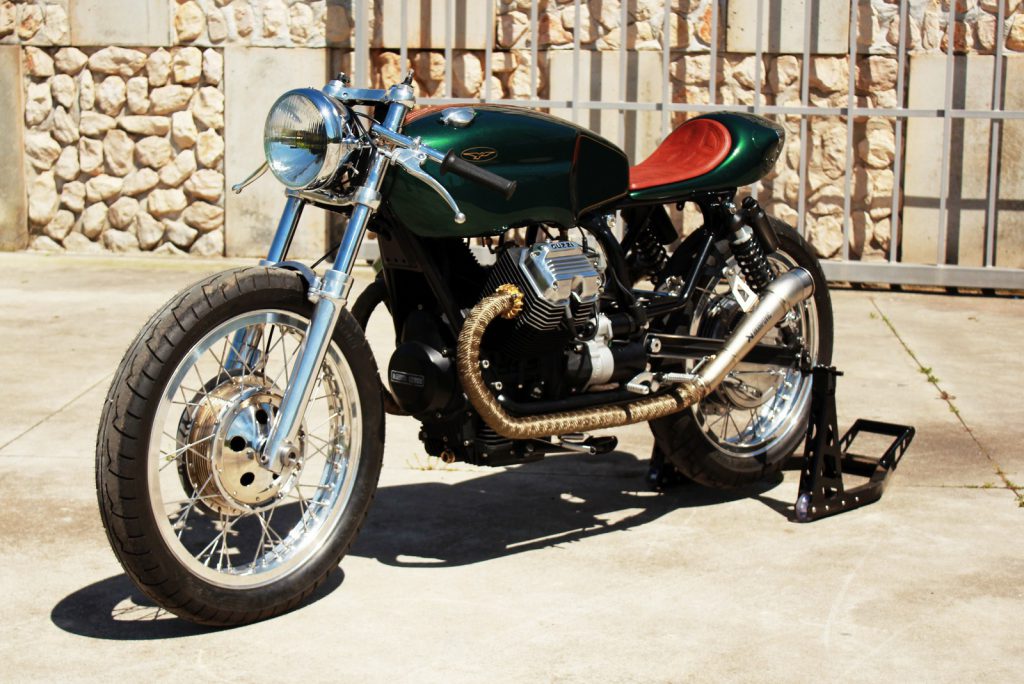 Tricana motorcycles wanted to create a " a bike that looks light and ready to race, aggressive with a hint of elegance, and they did with this Moto Guzzi Cafe Racer...
Read More 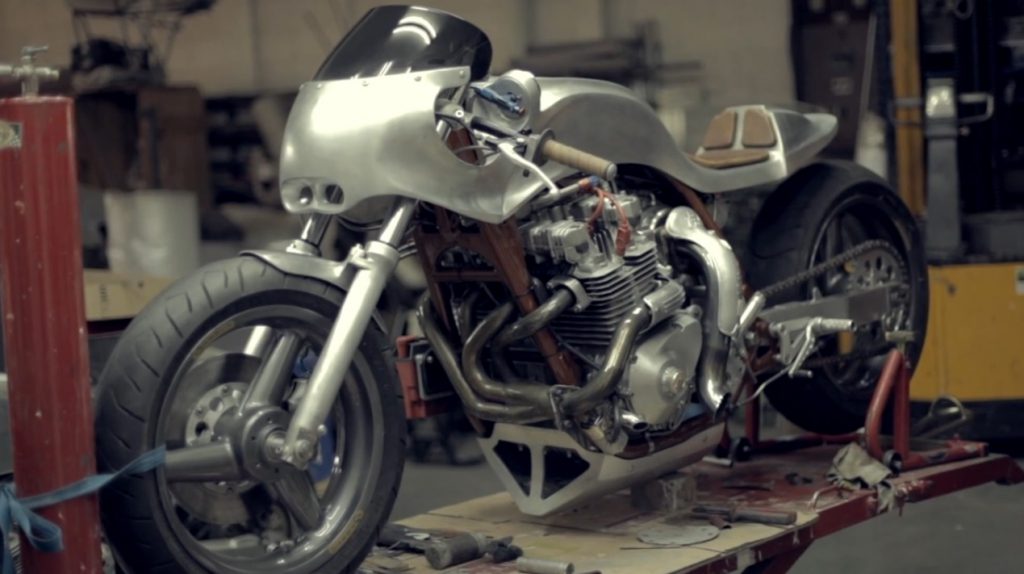 The guys of Valtorn are pure artists with metal and bikes. Today they show you how they build bikes like this "La Bestia". (Sorry, it's Italian) (more…)
Read More

The next day we started early for the great ride up to 3800 meters altitude, to Muktinath. The road conditions got worse, challenging us with very coarse rocky bits, river...
Read More